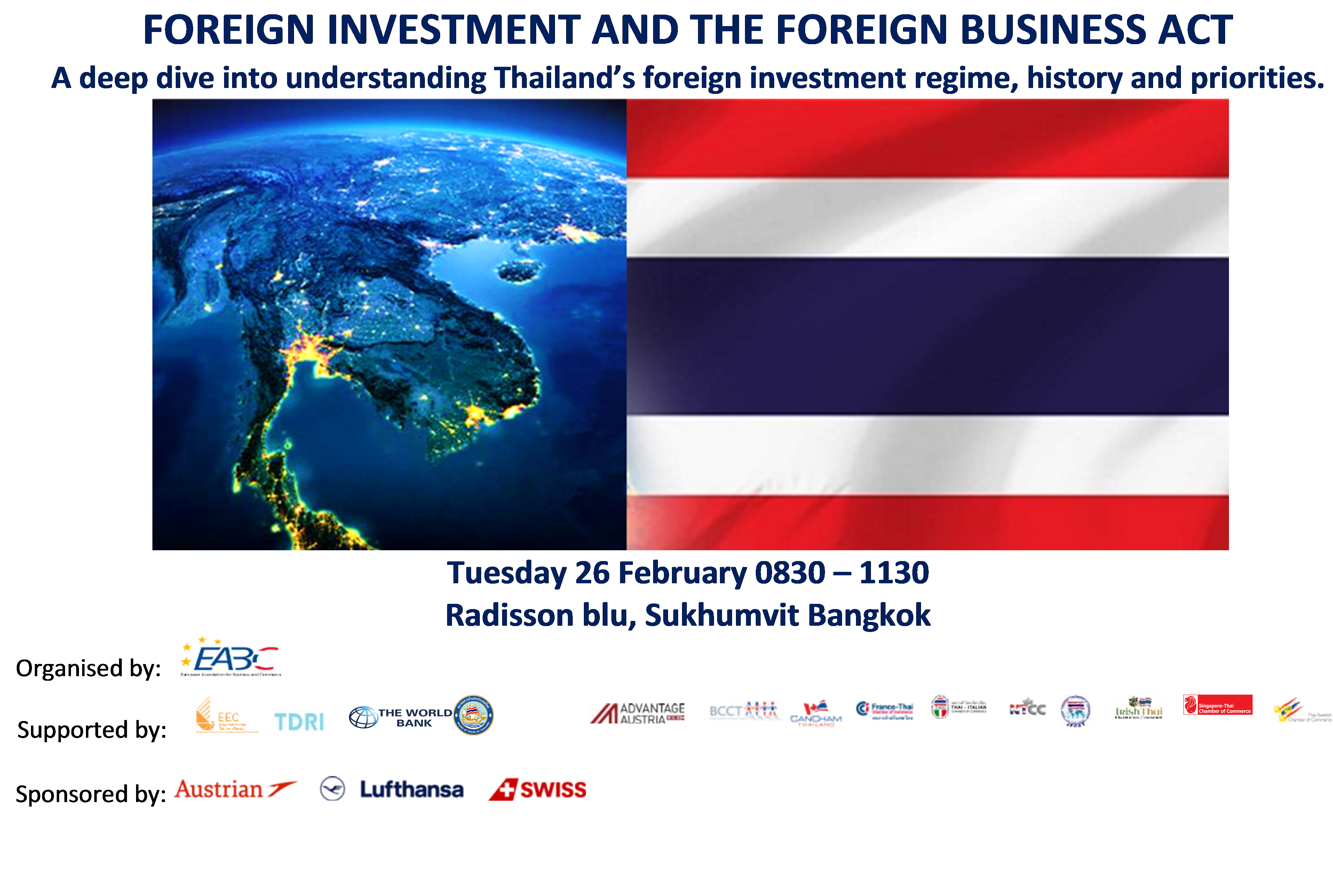 The Foreign Business Act was enacted in AD 1999, with the intent of protecting Thai industries not yet ready to compete. It replaced an Alien Business law from 1972. An annual review mechanism was intended to allow industries over time to be opened up to competition, but that system has barely resulted in change. The Foreign Business Act is about commercial presence – ie business activities conducted by entities. Thus a company incorporated in Thailand with less than 50% foreign ownership is a ‘Thai company’ and would not face restrictions under the FBA, but a company with 50% or more foreign equity would be a ‘foreign’ company.

It is a generally accepted view that many industries are ready to compete, but they remain officially closed. Most companies would benefit from competition, rather than being harmed by it. The real harm is more likely to be the continued protection, allowing inefficient and non competitive practices. What should be done better to support the Thailand 4.0 vision?

While Investment Promotion via BOI recognizes the value of foreign investment, what about other areas? How is this foreign equity measured and what does it mean for the economy and possible future change? How are licences granted? How are industries defined?

This seminar aimed to provide an understanding of the workings of the regulation of foreign investment and insights into what can be done to contribute more to the competitiveness of the Thai economy.

Back to JFCCT Events